Horrific Fire at a Nightclub in Brazil Leaves More Than 245 Dead, Others Injured 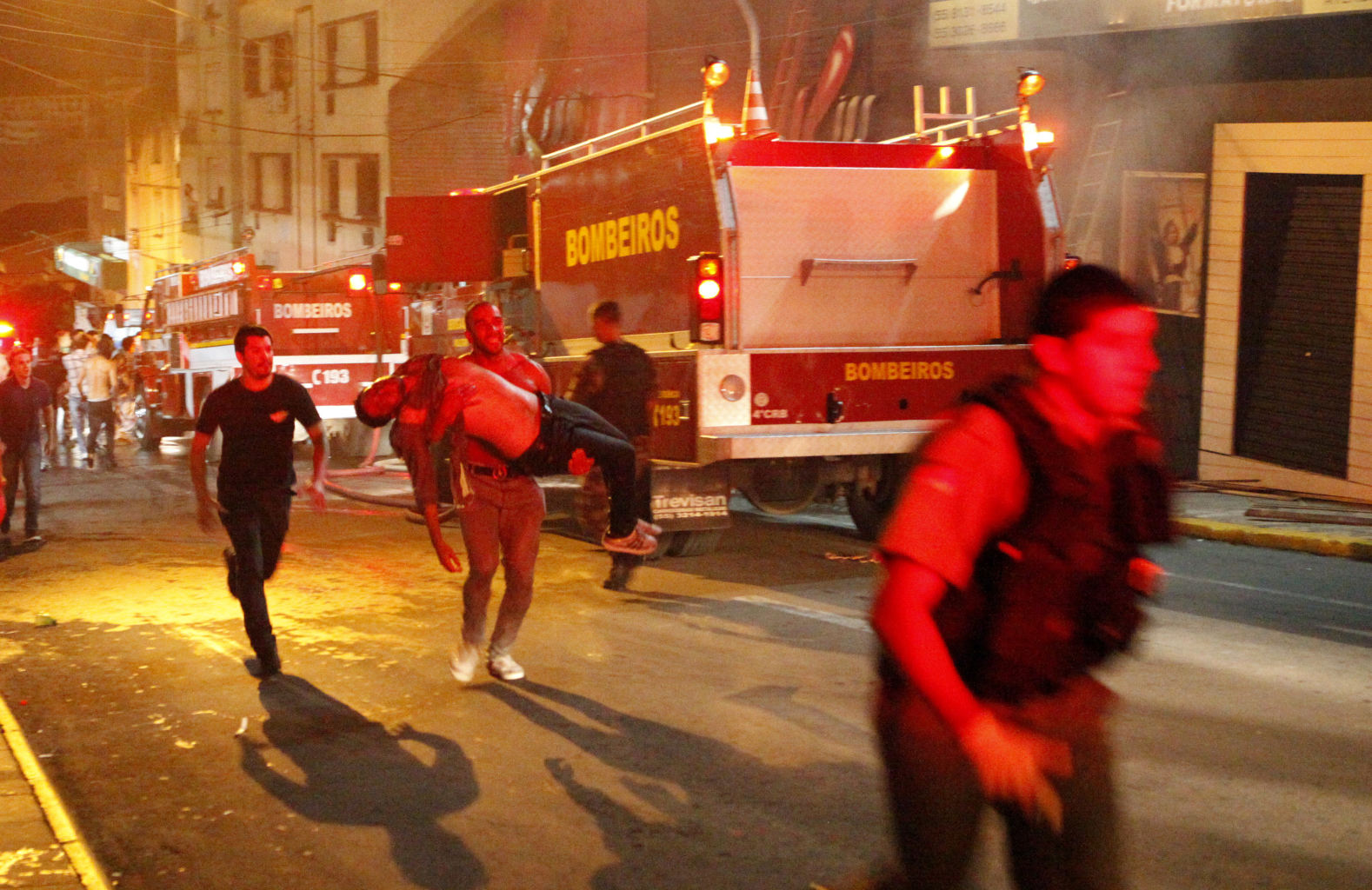 A fire engulfed Kiss Nightclub in Santa Maria, Brazil that trapping victims inside and leaving more than 245 people dead and hundreds of others injured. A security guard was quoted in Yahoo saying that the club was at maximum capacity of 1,000 – 2,000 people (very large range), when pyrotechnics caused the club to ignite. The reports coming in vary, but the consensus is that there were no emergency exits available when the fire happened.

The blaze reportedly began when a performing band started a fireworks display. Acoustic insulation caught fire, and thick smoke filled the club, causing many to die from inhaling the toxic fumes.

There was no emergency exit available and people rushed to the only way out of the building in panic, local officials said. Some people died of asphyxiation, others from being trampled, they added.

Firefighters had to use sledgehammers and axes to open up a breach exit in the exterior wall, according to local TV.

When chaos happens in crowded situations it can be extremely dangerous for all of those involved (Steve Aoki Madrid Show). It is baffling to me that there were no emergency exits available. Hopefully legislation comes from this, that requires multiple clearly marked exits. I know that whenever I go somewhere new, I always take note of these when I first enter.

We all know know what it’s like to be waiting in line at a packed nightclub, only to have the fire marshall come in and shut the event down. It’s aggravating and inconvenient, but it’s a decision made with your safety in mind. Unfortunately it’s events like this that have to remind us of that. Pray for Brazil.

When the news broke yesterday that Daft Punk would be releasing a new album, it was hailed as a triumphant success worldwide....
RaverRafting is powered by Outerloop Management
Back to top