The Quack is Back, Duck Sauce Returns! 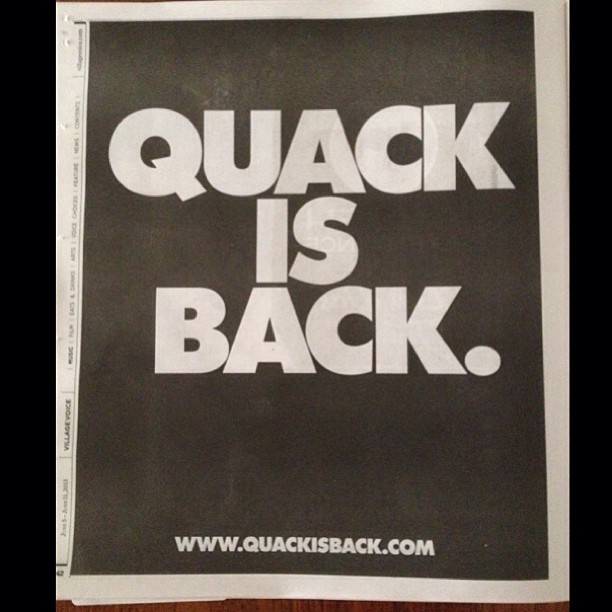 Two of the most prominent DJ’s in world, A-Trak and his buddy Armand Van Helden, team up once again to bring you more Duck Sauce. It’s been a while, but the super-duo that brought us the hits “Barbara Streisand” and “Big Bad Wolf” are at it again.

Fans were getting suspicious of a comeback when Duck Sauce was surprisingly booked for L.A.’s Hard Summer Festival. On June 5th, news of QuackIsBack.com spread quickly, confirming the Helden and A-Trak are working together again. You can listen to a very short clip of their upcoming release “It’s You” on the website.

Little is known beyond this, it is rumored that something Duck Sauce-related will happen at the Governor’s Ball in New York this weekend. No one’s sure if “It’s You” will stand alot or is apart of a larger project, but we do know it will be on Republic and Casablanca’s recordings. Check back at WRR for further updates.

The Must See Acts at Electric Forest 2013 Recently, Pioneer introduced it's newest product to the market. The XDJ-R1 is a stand alone, all-in-one DJ controller...
RaverRafting is powered by Outerloop Management
Back to top