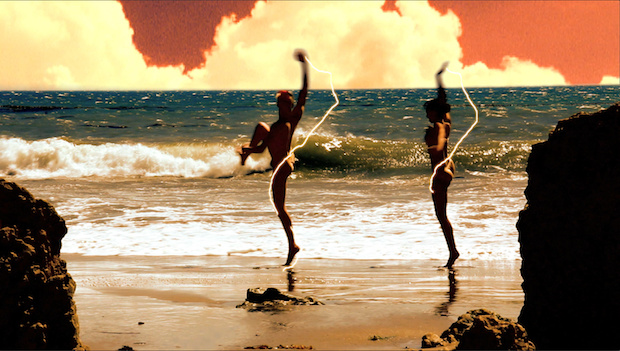 Dim Mak’s most musically transparent producer, Clockwork, dropped the visuals for his peculiar sounding hit, “Surge“, featuring Wynter Gordon. In the last six months. Clockwork  (also known as RL Grime) has had this track stuck in tons of festival mixes; and what better way follow success like a mind-blowing, completely original music video.

The video release was through Thump, the new Electronic video series by Vice, and encompasses a wide variety of weirdness. It starts out following a group of adventurer’s chilling and checking out nature, the next thing you know you’re watching tribal people fluently dance in sync. For me, the most eye-catching part was the color scheme alteration and lightning graphics. Seriously one of my favorite videos of 2013 so far.

"The Rub" is a Brooklyn based musical duo comprised of DJ Ayres and DJ Eleven. These two are the original founders of the monthly...
RaverRafting is powered by Outerloop Management
Back to top