So much love Colorado. United through tragedy, attendees at the tenth anniversary of Global Dance Festival showed each other the peace, love, unity and respect that our scene is built upon. Each day was marked by a moment of silence dedicated to the victims, families and everyone involved in the Aurora shooting tragedy. As you read this, take a few seconds to honor those who lost their lives and reflect on your own life.

Life is the most precious thing we can lose.

If you’re going to a show at Red Rocks, get there an hour or two before the show starts, prepared to rage. You hear about the countless awards and beauty, but not the party in the lot. There were shots, beers, grilling and dance music pumping from car stereos everywhere for three straight days. The crowd was respectful and it was kept under control by a few patrolling staff members and undercover police officers that were only interested in handing out underage drinking citations. We were able to meet some awesome people and capture numerous pictures that you can find on our Facebook page. Partying with the people

While the main stage lends itself to the grandeur of Red Rocks, it also creates a challenge to re-create a true festival atmosphere. You’re literally walking to very top to reach the Global Bass stage (in high altitude this sucks) and no one even knew where the third stage was. That said, there is nothing you could change about Red Rocks to make the venue more perfect. It’s iconic and legendary in every way, a mandatory addition to your bucket list.

However make no mistake,

Global Dance Festival is a one stage show, where you go for the headlining acts. 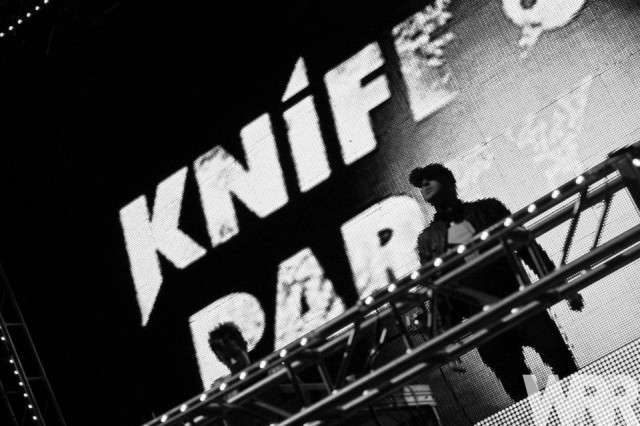 Knife Party was less than memorable

Friday of Global Dance Festival was heavily touted as Knife Party‘s first show in Colorado and I’m sure to some they were amazing, but for me they failed to impress. Knife Party is a victim of their own success and high expectations. Almost every dj spins some edit of their tracks like Internet Friends, Bonfire, and Destroy Them With Lazers, making it difficult for them to really wow an audience. Knife Parties set seemed almost pre-programmed with Steve Angello precision and there was nothing memorable about it. Oddly enough there weren’t any lasers for Knife Party’s set, which was confusing because they came out in full force for Dillon’s set on Sunday.

The highlights from Friday were Hardwell and Krewella. Hardwell came out with the backwards snapback and a ton of swagger going on to spin a set that had everyone in the amphitheater dancing. Smiling at the crowd, he played fan favorite Spaceman into an edit of Somebody That I Used to Know that really set the crowd off. Krewella destroyed the Global Bass Stage and their return to Red Rocks with Savoy on September 7 should be welcomed with a similar fervor. It was hard to tell how much they were actually dj’ing given the three are raging on stage with hair flying everywhere, but it was enjoyable and the biggest crowd at that stage all weekend. Three tears go out to Harvard Bass who completely cleared the stage following Krewella. Triad Dragons got the party started on Saturday

Friday and Saturday are incomparable. Friday the venue was maybe a third full at best, while Saturday was sold out putting attendance close to 10,000 people. Triad Dragons, the festival promoters, played an extended set due to Mord Fustang’s visa issues and warmed up the crowd perfectly through a selection lighter tracks and popular mixes like the Skrillex’s Levels. It was tastefully done for an opening set where often you see so dj’s trying to bring too much energy early in the day.

Nadia Ali showed her vocal prowess prior to Manufactured Superstars taking the stage. Playing in a venue as massive as Red Rocks cannot be an easy feat and it’s possible that no one did it better than Colorado’s own Manufactured Superstars. While they may not get the same acclaim that some of the other headliners do, it didn’t go unnoticed. Having seen Wolfgang Gartner earlier this summer at Starscape, I wasn’t sure what to expect at Red Rocks. In Baltimore, he lost the crowd at the dub heavy festival by playing to many progressive tracks, but Wolfgang played a near perfect high energy set leading up to Above and Beyond. He teased the audience with some Biggie and played anthems like Red Line, Flexx and his Miike Snow Paddling Out remix. Flexx was played multiple times throughout the weekend, making it one of the more memorable tracks from my Global Dance Festival experience.

Above & Beyond showed why they are a premiere talent in electronic dance music as they continue to pioneer and revitalize trance music to the new era of dance music fans. Group Therapy at Global Dance Festival could not have been more appropriate given the Aurora shooting tragedy that happened just a day before. Everything about A&B’s set was perfect

In a special moment, Paavo and Jono pulled two fans on stage an allowed them to queue in the next track, certainly fulfilling a life dream for them. Witnessing Sun & Moon being played with 10,000 friends at Red Rocks was truly a powerful moment for everyone there (watch video).

I’ve heard rumors of Colorado being the dubstep capital of the US and out of the cities that I’ve been to so far, they’re definitely in contention. Sunday at Global Dance Festival held a stacked lineup of some of the biggest rising artists including Figure, Adventure Club and Crizzly mixed in with established acts like 12th Planet, Kill the Noise, Dillon Francis, Zeds Dead and Excision. It was the only day that any real schedule conflicts existed as we hiked up and down the stairs for the different acts. Adventure Club won the hearts of many

Adventure Club’s remix of Foxes – Youth was one of the most powerful tracks played all weekend as the Canadian club steppers spun a near perfect winning the hearts of everyone in attendance. Dillon Francis, opened with a necessary “F*ck TSA” chant, for stealing his hair gel that left him looking like an awkward Justin Bieber on stage. I’m not sure why he doesn’t include that on his rider. Dillon’s moombahton set had the dub heavy crowd moving in full swing with memorable tracks including his Stars Come Out remix and he proclaimed, “This will be the best song you’ll hear all night…” before going into the Vengaboys We Like to Party.

Zeds Dead was probably the most disappointing performance as they tried to incorporate Omar Lynx’s hip hop into their live act. Hip hop feeds so much off of audience interaction and on such a big stage it seemed ill suited. Yet hip hop and dubstep / trap music is probably one of the most exciting subsets of edm that is currently being developed by artists like Zeds Dead, Bauuer and Crizzly. Excision, the dubstep demon, wasted no time in sending the crowd into a frenzy once he hit the decks. His crew brought additional speakers that littered the stage around him, making it the loudest act all weekend. Excision masterfully worked the cdj’s as  he transitioned between 250 or more tracks, eventually ending with a new collaboration with Datsik. He consistently brought it without ever being overbearing, solidifying his place as a premiere dubstep act.

The culture and love that Colorado has, captivating views of Red Rocks Amphitheater and a lineup that encompasses all genres of edm make Global Dance Festival is a unique experience and necessary journey for all electronic dance music fans. Gazing up at the stars and the eternal beauty that surrounds you, Global creates an atmosphere where you immediately feel at peace with yourself and a spiritual connection to your fellow man. We preach peace, love, unity and respect in our culture, but I don’t know that I have seen a more profound example than at Global Dance Festival. See you all again next year.

From landing at DIA with its cryptic artwork and conspiracy theories to the mountains that surround you on the journey up to Red Rocks Amphitheater, it’s all truly a euphoric experience.  The lights, sounds and scenery served as the perfect place for reflection on my own life and the journey that founding whiteraverrafting has taken me on. To every person that I met, took a photo with or if you came up to me and said, “Dude I love your blog!” From my heart, thank you. The trip to Colorado was inspiring in so many ways and I feel truly blessed. Special thanks go to Adrien at Global Dance Festival and Triad Dragons. 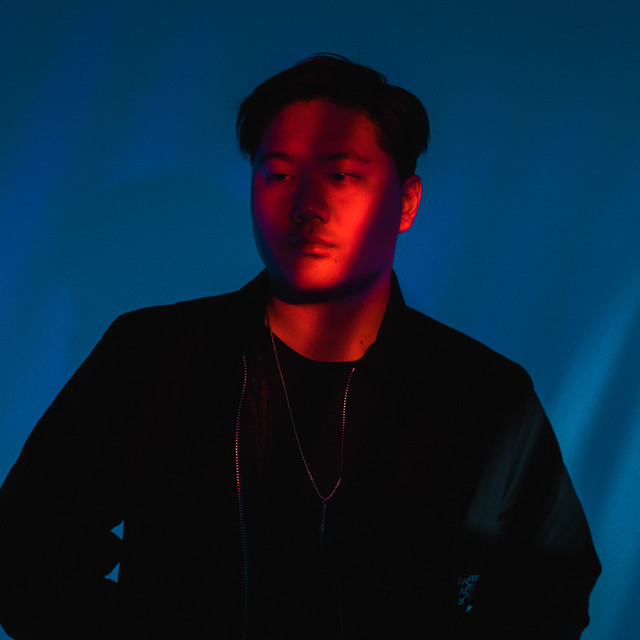 The homies Cry Wolf continue to put out fire, this time with a remix that slated them an Earmilk premiere - a credible...
RaverRafting is powered by Outerloop Management
Back to top