When the lineup for Hard Summer dropped today, we got really excited. Here are 10 things that scientifically prove why Hard Summer is a mandatory music festival.

You can purchase weekend passes and single day tickets @ www.hardsummer.com

‘Gold’ is probably my favorite release all year. It’s smooth, electro-pop with a sexual edge.

9.) No one from Swedish House Mafia will be there. 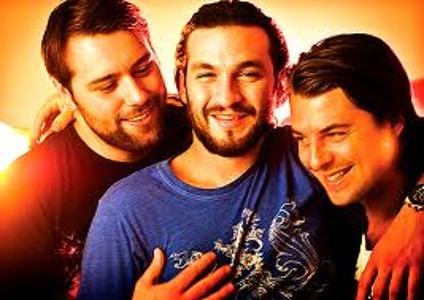 will.i.am won’t be there either. Both are good reasons to come.

Cooler than where you live. Get into town early and go explore.

7.) Empire of the Sun is a weird experience.

Singing “We are the people” at Virgin Mobile Freefest two years ago lit-erally changed my life.

Too many dj’s press play on a hip hop track and think they’re trapstars. Baauer, Flosstradamus, RL Grime, Just Blaze will bring it.

Hard Summer is a lineup you wouldn’t normally see Lorin appear on. He’s there and it’s exciting to think about how he’ll adapt his bass music to the crowd.

2.) And because Knife Party is going to play this.

It’s known that Sonny Moore and Alex Ridha love LA and Hardfest. Their set is going to be unreal.

Deadmau5 just released these two previews of what appears to be an ambient progressive track that reminds me of 'Strobe'...
RaverRafting is powered by Outerloop Management
Back to top